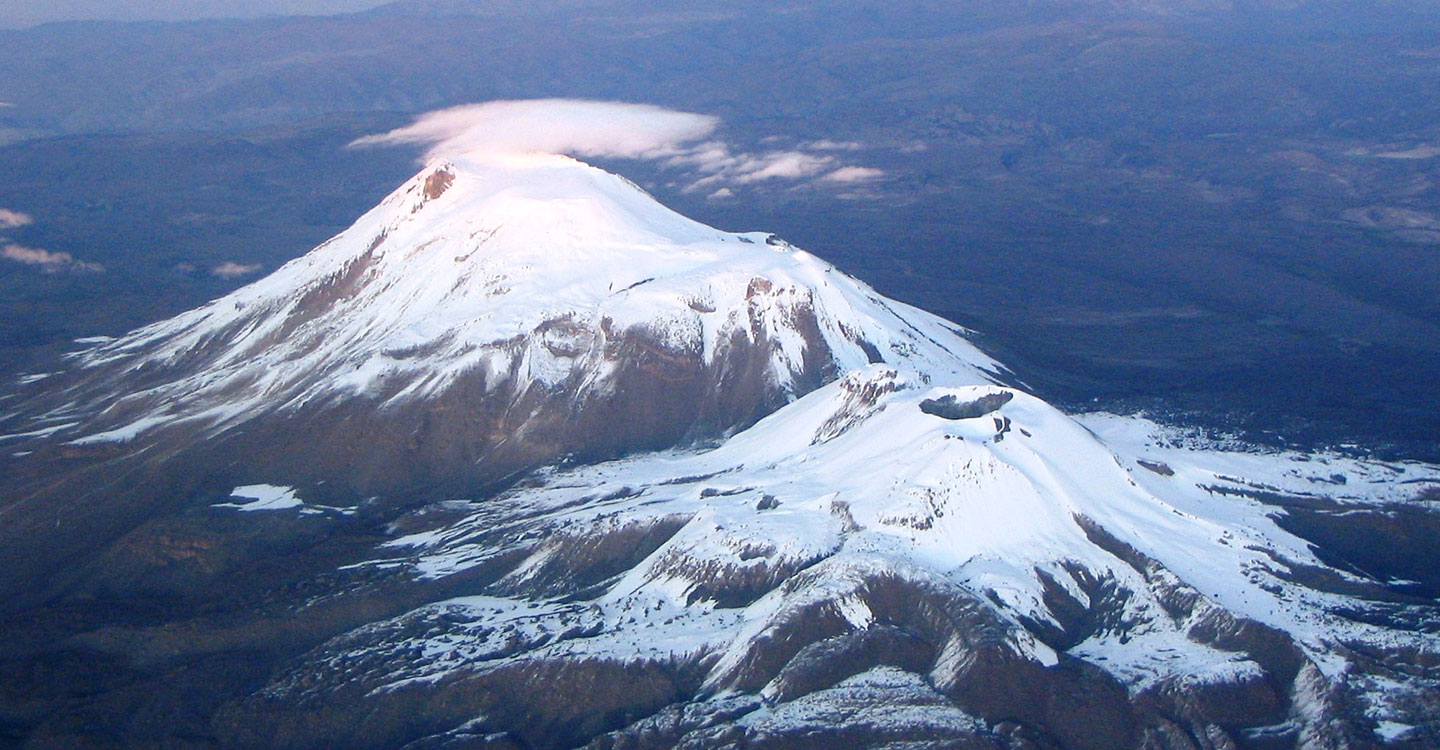 Expedition to Andagua, Valley of the volcanoes

This lost valley wedged in the heart of the Andes is the extraordinary site of nearly a hundred volcanoes of every size under the sun, dotted with groves of cactus and villages built on top of long-cooled lava flows.
This is Andagua, the Volcanoe’s playground.

The first time the outside world heard of this place was in 1929, when a pair of adventurers, Robert Shippee and George R. Johnson, watched speechless as they flew over the spectacular scenery of this valley lost in time. The rickety little airplane, which the explorers had baptized the Washington, served to trace a route which a few months later would enable them to link the modern world with this remote corner of the Arequipa highlands.

Shippee, a historian and pilot, and Johnson, a photographer for the Peruvian Navy’s aerial photography service, were the first Westerners to make the long haul by horseback to the village of Andagua, the gateway to the Valley of the Volcanoes.

Our expedition sets off from the city of Arequipa at dawn. Our route will take us West, to the vast plains of Majes before trudging up the ancient route carved out by the rivers that come tumbling down the massif. We are headed for the other side of the mountains.

Our destination is a tiny, practically unknown valley hidden between vast cliffs of granite, overshadowed by two of the highest mountains on the western slope of the Andes: Mount Coropuna (6,425 meters), the highest volcano in Peru, and Solimana (6,323 meters), a solid summit of rock and ice from where one can spot the distant Pacific Ocean more than 200 km away. Both mountains are revered as “apus”, or guardian spirits of these lands by the highland communities. Their brooding presence does not fail to inspire admiration.

We have left behind a fertile valley where two villages dispute the finest view of the canyons below: Viraco, bustling with commerce, and Machaguay (made famous by a mambo tune), the more hospitable of the two. The road climbs steeply up to a mountain pass which looks out over a sweeping plain of rocks eroded by the wind and rain at the foot of Mount Coropuna.

Here, the freezing cold and solitude are only broken by the arrival of a couple of shepherds, their skin blackened by the fierce highland sun, hustling along their flocks of alpacas and llamas. A mirror-like lake and a towering mountain of reddish rock glittering in the afternoon sun signal that it is time to start the descent to our objective. Grateful to be able to leave behind the thin air at 4,600 meters and head down to gentler country, we plunge into a world of gullies of white sand and bizarre rock formations.

The landscape in Jallhua Valley is positively lunar, except for the clumps of purple chocho flowers that grow everywhere, lending the solitude a touch of Japanese garden. Here and there, large bright-green lumps stand out amongst the sand and rocks. These are yareta, plants as old as time which have witnessed the passage of mule caravans since Man first came through this territory.

After winding endlessly, the road appears to disappear. We stop the car and gaze out across the scene. The view is simply impressive: standing on a cliff edge, we experience possibly the same thrill that Shippee and Johnson felt over 70 years ago when they discovered the bizarre landscape that now spreads out at our feet. In the hazy distance, the arid valley is flanked by mountains that seem to touch the sky. The eastern fringes of the valley in front of us appear to be crowned by a snow-capped peak. This is Mount Escribano (5,273 meters), the dividing line between the Colca and Andagua Valleys.

Sprawling across a terrain that is scarred by the traces of countless lava flows and basalt rock, a group of perfectly-shaped cones emerges. The craters soar heavenwards, impervious to the passing of the centuries. These are Chilcayoc, Los Mellizos (the Twins), Suisuya, Chapite and Pucamaura.

A lake filled with dark waters called Chachas lends the final touch to the panorama. The lake’s waters are believed to flow for many kilometers underground before bubbling once more to the surface to form another lake, Mamacocha, near the village of Ayo, but several days trek from here.

Finally, we have made it. The Valley of the Volcanoes welcomes us in its entire splendor.
The birth of the tiny volcanoes of Andagua was a recent local geological event within the history of volcanic formations in southern Peru, occurring some 200 million years ago in the Quaternary Era and part of the Historic Era.

Andagua features odd flora, which flourishes in the volcanic ash in the few spots not covered by lava. Cactus is the dominating plant in the area, particularly the towering Sanqallo and the odd Chachacoma variety, which the locals use for medicinal purposes.

There are anyway unexpected green oasis in such an odd landscape, like Izanquillay, a waterfall site in one of the valleys near the village. It is valley farmland which is strikingly green and beautiful and marked by the remnants of ancient Indian terracing. It is a fabulous, totally hidden little jewel of a place. Water crashes out of the rocks from unseen sources in a number of waterfalls, the most prominent being a 40 meter drop down into a churning pool of water. At the top of the waterfall you can see the streaming water exploding off the cliff into striking arrays of water droplets. Towards the bottom the fall merges with another fall which comes from some underground source, forming a multi-layered shifting effect that would be difficult to replicate. From there the stream flowed rapidly over rocks and down the terraced green valley. Much of the water was also diverted through a concrete irrigation canal up towards the village, which explains the surprising fertility of the Andaguan valley.

Andagua Valley, which lies at an altitude of 3,600 meters, is split by the Andagua River, and is a classic prehistoric spectacle. The valley floor, which has been formed by repeated lava flows caused by constant eruptions, is riddled with stubby volcanoes (at least 80, according to experts). The volcanoes surged upwards like blisters as a result of the escaping gasses from the lava or due to other eruptions from the heart of the Earth’s crust.

The highest volcano in the Andagua Valley is Pucamaura, which rears 350 meters above the valley floor. There are several other volcanoes just 50-70 meters high, and even some, like Chilcayoc Grande and Chilcayoc Chico, which stand just 15-20 meters high.
One of the volcanoes, located to the far west of the village of Andagua, is actually used as a bullring during the festival in honor of the patron saint.