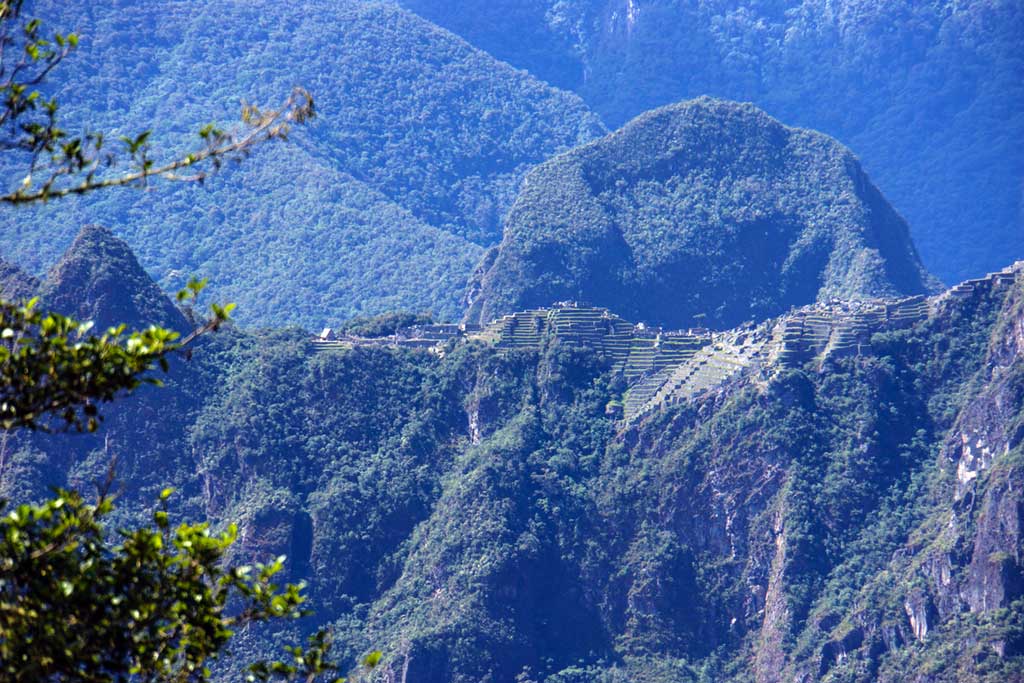 The Inca, as many other cultures around the world, were a class-dominated, hierarchical civilization. People were born into their respective social statuses, and rarely was there opportunity for one to alter their designated role in society. The gap between the highest and the lowest strata of the Inca society was vast: an elite minority, powerful and affluent, reigned over the empire, while the remainder of the population comprised mostly lower- and middle-class social classes, their comparatively dull, unglamorous lives a sharp contrast to those of the royalty.

Such a culture of ascribed status has the potential for deep discontent and internal faction that could destroy an empire. How is it that, through no merit or achievement of their own, one person is born a king, while another is born predestined to work most of the time, his life-long for the ruling elite and for the gods?

The Paccariqtambo origin myth of the Inca was one the most explicit, straight-forward legitimizations of Inca power. Through frequent references to their descent from Manco Capac, the mythical figure believed to have founded the existing social order, the ruling Inca promoted and maintained their privileged positions of power and offered an indisputable explanation for the gross social inequalities that worked to their advantage.

Archaeological finds in the District of Paccariqtambo offer further insight on the ruling Inca elite’s strategy for maintaining power throughout the empire. It has been suggested that the rock outcrop of Puma Orqo may represent the Tamputoco of the Paccariqtambo origin myth, and that the nearby Inca ruins of Maukallaqta may have contained an oracle of Manco Capac. These memorials to their mythical creator, it has been hypothesized, may have been built by Inca nobility to further emphasize the sanctity of this ancestral figure, consequently reconfirming and legitimating their power.

According to the myths, Tamputoco had a tree on either side of the cave entrance representing the mother and father of four Ayar brothers (Ayar Manco, Ayar Cachi, Ayar Uchu and Ayar Sauca). It was also described as having worked stone present. Both are evident at Puma Orco, a site flanked with elaborate carvings both on its summit and on the boulders surrounding the base. It has been postulated that Puma Orqo represents the royal paqarina, or resting place for the dead, of the Inca.

Inca nobility traced its ancestry back more than 10 generations to the mythical first Inca, Manco Capac, of whom they claimed to be the direct descendants. According to the story, Manco Capac (the son of Inti, the sun god) emerged from a cave named Tambotoco in a region south of Cuzco, Paccariqtambo. Also emerging from other 3 caves were his three brothers (Ayar Auca, Ayar Cachi, and Ayar Uchu) and four sisters (Mama Ocllo, Mama Guaco, Mama Ipacura, and Mama Raua). The eight siblings, together making up the first Inca, left Tambotoco on a mission to find a special place called Cuzco. Inti is said to have given Manco Capac a golden staff. They would know they had reached Cuzco, Inti told him, when the staff “is swallowed by the earth.”

They first ventured to Huaynacancha, where Manco Capac impregnated Mama Ocllo. What happened next was that Ayar Cachi was sealed in a cave with a boulder by his siblings, upon returning to Tamputoco to retrieve items left behind the seven others. As Ayar Cachi was very powerful, able to move mountains, he was considered too dangerous for the rest of the group. The myth says that every time when he attempts to escape the cave, there is a strong earthquaque in Cuzco.

The remaining family members next journeyed to Huanacaure, a mountain close to Cuzco where yet Ayar Uchu, another brother of Manco Capac was turned to stone as he recognised the Cuzco valley to be the place they were looking for. Since then, the Huanacaure mountain was sacred for the Incas, and is still today a worship place for the local population. The third brother, Ayar Auca, developed wings and flow to the valley to mark the place where the main Sun temple had to be built, and as he landed there he was also turned into stone; that place was also considered sacred and it was there where the Koricancha Sun temple was built. Following his death, Manco Capac entered the valley of Cuzco, where his staff finally sunk into the ground as Inti had foreseen. After an extensive fighting, Manco Capac and Mama Ocllo wiped out the entire indigenous population who had preceded them, the Huallas. According to legend, the battle was a gruesome one: “…And so they killed all they could put their hands on, and taking infants from their pregnant mother’s wombs, so that no memory remained of these miserable Huallas…” (chronist Sarmiento de Gamboa).

The large Inca site of Maukallaqta of over 200 masonry structures closely associated with the nearby rock outcrop and cave of Puma Orco was one of the most sacred temples for the Incas.

The ruins of Maukallaqta lay to the west of Puma Orqo, and it has been theorized that the inner chamber of the site was once used for an oracle of Manco Capac. This theory has been further substantiated by the discovery of a niche entrance between the inner chamber and the plaza that could have represented a window through which the image of the Inca progenitor may have emerged. This re-emergence, which occurred only on special ceremonial occasions, would have further accentuated the Inca rulers as the “mancopchurincuzco,” or the Cuzco sons of Manco Capac.

The ruins at both Puma Orqo and Maukallaqta may have symbolized a religious pilgrimage point for the Incas, stops along the way of Manco Capac’s famed route. It is also quite possible that they were once built by the ruling elite as monuments to their mythological descendant.

Should the Inca nobility have built these monumental structures honoring Manco Capac, it was an unmasked attempt to accentuate the importance of the mythological Manco Capac, highlight their descent from this powerful first Inca who triumphed over local savages, and posit that the social order in place was predetermined by events that had taken place in a “primordial setting of time and space,” therefore making the social order “unchangeable by human actions”.