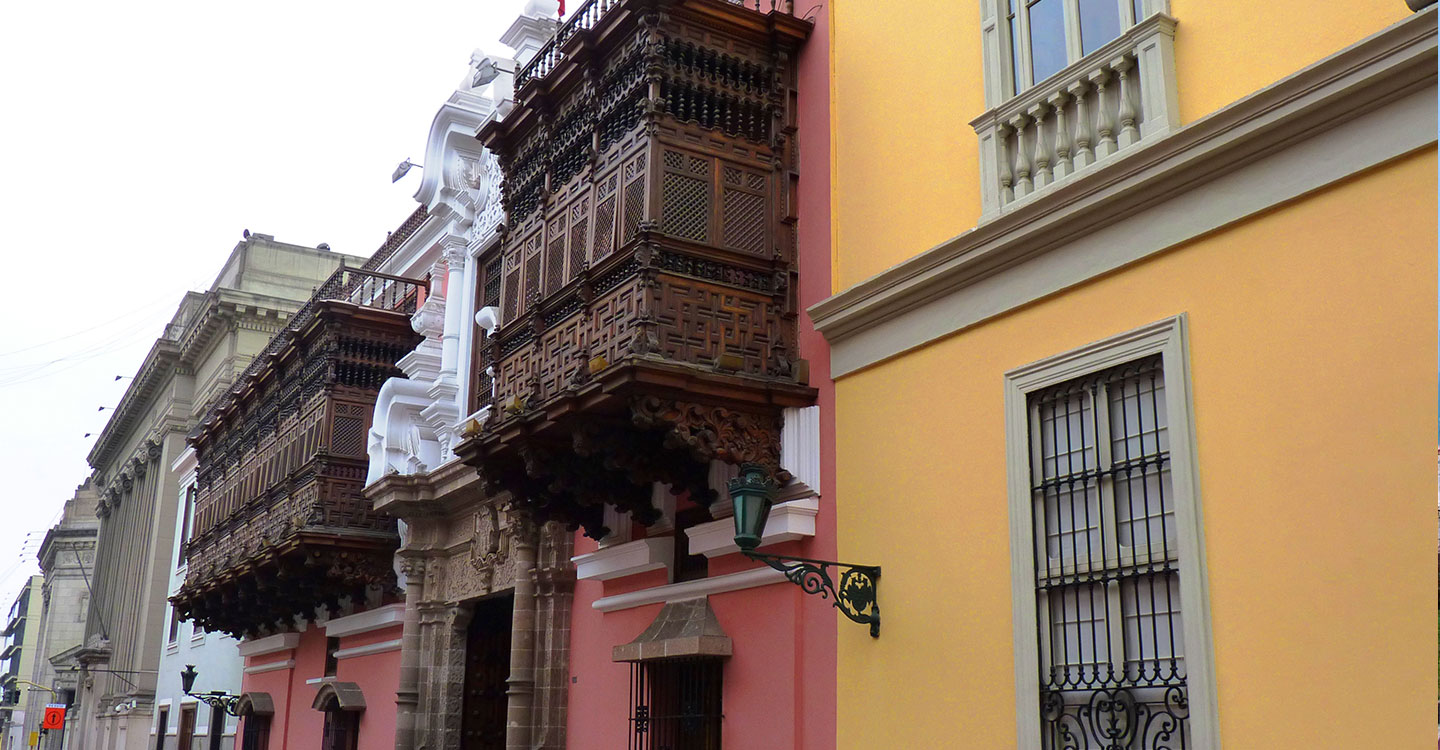 All the monuments will be described in order to make your visit easier and more pleasant.

Plaza Mayor: The Main Square and urban center of the city of Lima. Founded by Francisco Pizarro on January 18, 1535, it is surrounded by the principal buildings dating from the colonial period: the Government Palace, the Cathedral and the Municipality or city hall. At the center of this handsome architectural complex is a magnificent ornamental bronze fountain, fused by Antonio Rivas, dating from 1650, and bearing the coat-of-arms of Lima, Spain, and of the Viceroy Conde de Salvatierra. Recently remodeled, the Square has recovered its traditional elegance, becoming one of Peru’s most impressive tourist attractions.

San Francisco Church: The greatest monumental complex of colonial art in America. The basilica with its 21 altars, the convent, choir and monk´s library and the Museo de Profundis which has 111 canvases from the Rubens School. There is also the Sacristy, with canvasses by Zurbaran and Rivera, the Gran Patio decorated with 16th century tiles from Sevilla, Moorish arches and the underground catacombs.

The Cathedral: Francisco Pizarro set down the first stone of the Cathedral the same day of Lima was founded in 1535. Originally the Cathedral was devoted to Our Lady of Assumption on May 11, 1540, however, almost entirely destroyed during the 1746 earthquake, the Viceroy Jose Antonio Manso de Velasco Conde de Superunda had it rebuilt in 1758 and renamed it the Sacred Heart of Jesus. Particularly noteworthy are its altars consecrated to Santo Toribio de Mogrovejo and the Virgen de la Evangelización. Pope John Paul II crowned the statue of the Virgen de la Evangelización, a gift sent by King Carlos V of the Spain, in a special ceremony during his visit to Peru in 1985. Its interior is remarkable for the intricate carving of the wooden seats of the choir, the heavily ornamented “Inmaculada” chapel of baroque style and an ivory Christ carved by Martinez Montañez, a splendid gift from King Charles V Entering the church and to the right there is a chapel which holds the remains of the conqueror Francisco Pizarro. In the sacristy there is a museum of religious art. From outside, you can find the Bishop´s Palace with very ornate balcones to one side of the Cathedral.

Goverment Palace: Also called House of Government or the House of Pizarro, the Government Palace was the chosen by Francisco Pizarro for the construction site of his house and his government´s headquarters. After Pizarro´s death in 1541 it continued to serve as the headquarters of all Peruvian governors, Viceroys and Presidents until recently. Currently the Government Palaces houses magnificently conserved living rooms, such as the Golden living room, that has rich pictorial collections. It is still the official residence of the President of the Republic, and every day at 11:45am on the main esplanade lining the Main Place, you can watch a changing of the guards ceremony (Húsares de Junín), which is an event we recommend attending.

Palacio Municipal (City Hall): The current city hall occupies the same place as the original colonial town hall, founded by Nicolás de Ribera “the Old” in 1535. Todays city hall was constructed in 1939 by José Alvarez C., Emilio Harth Terré and Ricardo de Jara Malachowski. The building contains beautiful colonial wooden balconies and a somber, elegant interior. The City Hall also contains an important collection of Peruvian paintings and photographs, as well as the historical documents detailing the foundation of Lima on January 18, 1535, and the Independence of Peru, obtained in 1821.